We train long-line veterans and young professionals through change- and the work continues. 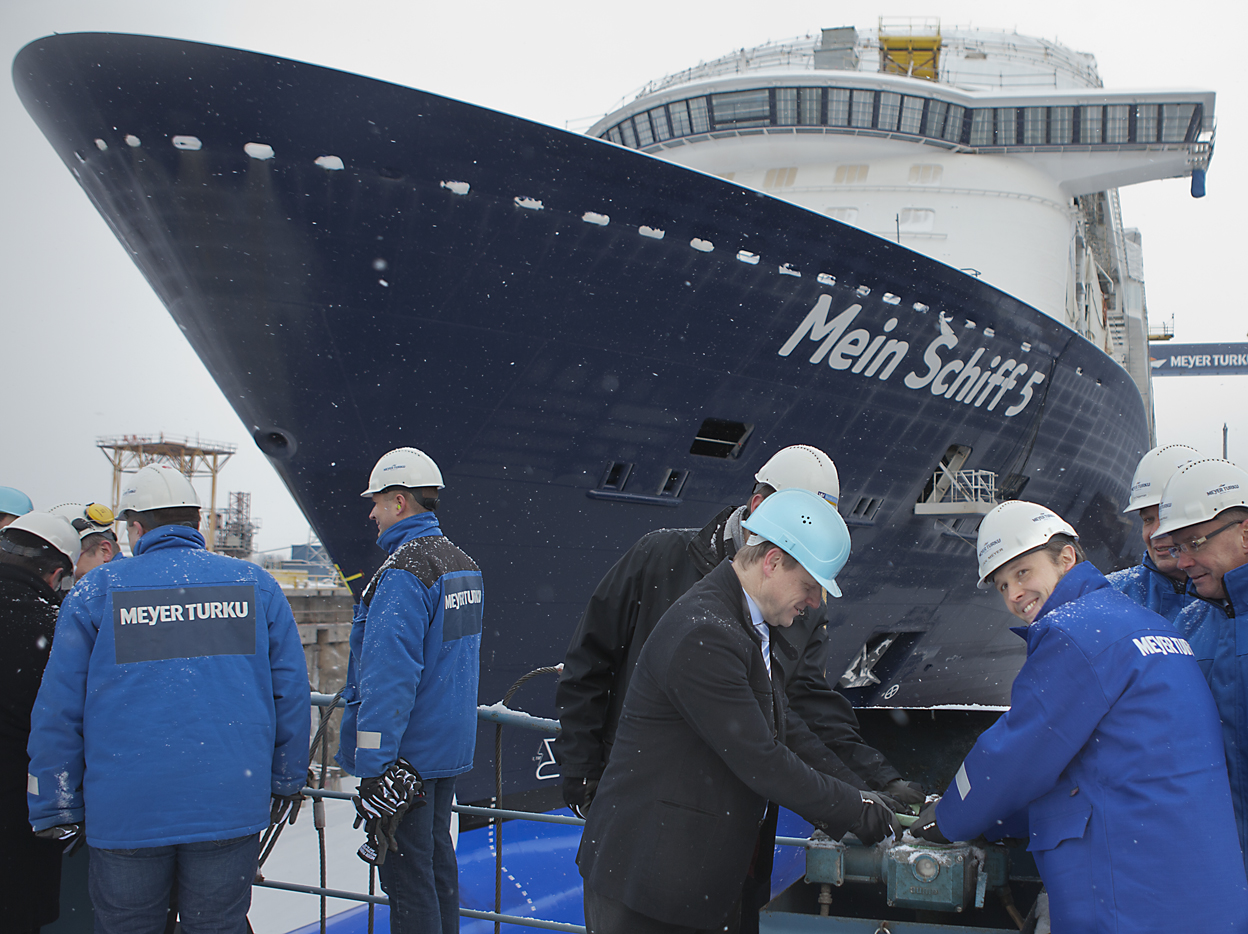 Meyer Turku is being renewed, the company’s population is growing, and the order backlog is increasing. Johanna coached a long line of veterans and young professionals through change- and the work continues.

In 2014, Turku’s shipyard gained life again. The centuries-old tradition would continue, and large ships would be rebuilt in the city. This is now under the protection of the German Meyer Werft family company.

“We are investing heavily, and there is a long way to go” says Tapani Lankinen, Meyer Turku’s Vice President and Human Resource administrator four years later.

“As the company and its order backlog grew, we soon had supervisors who had not received training for their job”, Lankinen explains.

“We decided to start developing our middle management.
We wanted to update their skills and increase quality”

Getting involved with the change

The personnel survey showed that there was room for improvement in day-to-day management. The age structure of the yard was also exceptional. A large part of the team had been there for a long time, but the team also consisted of young experts- it was vital to take all aspects into account.

“We decided to start developing our middle management. We wanted to update their skills and increase quality”

The rapidly developing business is a challenging step up for the personnel.

“One change is related to technology, technical development and the construction of a new shipyard. The second change is increasing involvement and understanding in the change process. In order to grow and innovate we need to be able to operate more efficiently.”

There is a need for an operator that is able to provide a tailor-made package from the yard’s perspective.

“Johanna was impressed by how well she understood our situation and saw a solution to it”, Lankinen commented about the early stages of the project.

The shipyard has been run from above from centuries. The purpose of the coaching was to create a more conversation free culture and to make the team think with a broader style. Would a large ship turn slowly?

“Traditionally the dock has been thought around the silos. Everyone has done their part well but has not seen the next departments process. This had to change as we are literally in the same boat.”

The aim was to bring the senior management closer to the employees.

“Interdepartmental cooperation improved. Now it is easier to understand the neighboring departments point of view. We also wanted to encourage debate.”

Dialogue intensified- also between the trainees and their supervisors.

“The trainees realized that there are no stupid questions. If the supervisor says that ships have been made like this before, more answers were encouraged. On the other hand, the supervisors also gained the courage to say that they do not know but I will find out.”

Lankinen mentions practicality as the biggest benefit of the coaching process.

“Employees are happier with the presence of the supervisors, their way of motivating staff and their ability to deal with problems and justify things. It has encouraged supervisors and helped them to understand the desired direction.”

The words that are repeated by Lankinen are openness, genuineness and honesty.

“Johanna understood the future of our culture and business and was able to adapt a solution to it. She also dared to give and receive feedback.”

Supervisors were given tools to solve different situations.

“Johanna did not come to show us up but came with genuine conversational coaching. She positively challenged out way of thinking and opened up new perspectives. There is always another way to handle things.”

Lankinen recommends Johanna’s services to any companies that are ready to question their own ways of operating.

“You must be ready to invest into the change yourself, you cannot be afraid to look in the mirror and realize where you have succeeded and where development could be needed.”

Things can and should be discussed

What does the docks future look like? Reforms, investment and recruitment of hundreds of people.

“Training recruits will be enough in the future as well. Above all we want to develop a day-to-day management and make the docks a good place to be employed.”

Open communication had traditionally been the strength of Meyer Turku. The dock humor can seem straightforward and stiff.

“It is good to be straight talking. We have clearly succeeded in out mission. Out team now understands that things can and should be discussed.”