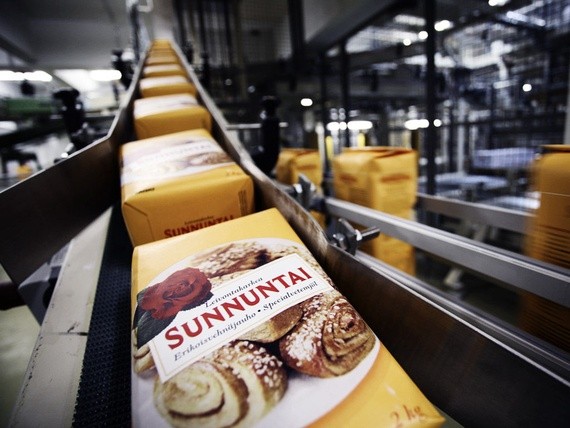 The training process is energetic and inspiring

The Raisio food group was so impressed by the management interactive coaching that they then participated as a whole team in further training. The results quickly merged into an equal tool alongside Raisio’s other systems.

Raisio was looking for a coaching program that would strengthen their understanding between their diverse individuals. Before the coaching there was a lack of common language in which to discuss the diverse ways of communicating.

“Being aware of different communication styles helps to identify differences in tempo, among other things. Some can be inherently quick and spontaneous when expressing their opinions. Others can want to take a longer period to consider perspectives. Both methods can lead to an equally effective result,” says Johanna Jalava, Raisio’s Human Resources Manager.

In addition to Insights discovery, other tools were considered but it was proved to be the most effective route to communicate.

“Color visuals are a good thing and the idea is easy to adopt, because colors become natural images” Jalava adds.

The best outcome of coaching is gaining an understanding of how oneself and others work. It is known in the work community how, for example, an individual with fiery red or sun- yellow energy behaves and works.

“For example, I have a fiery red energy and I can formulate in advance what is the best way to approach an individual with a green grass or ice blue energy.” Jalava explains.

A part of the daily life of the community

The color blocks obtained during the coaching process were immediately visible on the doors of the employee’s offices- following their own initiative.

“The colors have become a norm in out dialog. The terminology was immediately taken into use.” Jalava rejoices.

“Johanna’s Insights Discover coaching has been exceptional. Some may have had doubts in advance, but those minds have been changed.” Says Lumme.